Fighting Deficits and Protecting the Priceless READ THIS ESSAY AS ORIGINALLY PUBLISHED IN WATERMARK

This applies to fresh drinking water during a hurricane,  watches, and, apparently, presidential candidates. In a free (unfettered) market, the supplier of a resource produces as much of that resource as they expect to sell at a reasonable profit; the consumer of the resource will continue buying that resource until the price becomes prohibitive. This is equilibrium.

Governments and institutions reallocate resources. Wrapped in ideals like liberty, justice, and opportunity, the main difference between Democrats and Republicans has traditionally been how and at what scale to reallocate those resources. The reallocation of resources has costs. Liberty and justice and opportunity, we all—except the most egregiously selfish among us—agree, are worthy of collective resource allocations.

Thus, we pay taxes—portions of our own personal resources—to provide common defense, to enforce contracts, and to educate our future generations. We understand that there is a siphoning-off of resources to administer such collective activities. When they don’t swing wildly, we can include such costs in rational, sustainable, future plans. Greater uncertainty about costs cripples planning for the future.

There exists a fundamental cognitive dissonance between growing the size of government—the institutions built to reallocate resources—and the preservation of liberty, justice, and opportunity. This is, at its heart, irrational. We accept it, as we plan, for predictable futures.

Precisely because we can’t put a cost or price on liberty, justice, and opportunity, we can do no better than use approximate valuations based upon our collective buy-in to government budgets. We used to cede that power to our trusted elected representatives, leaders who found equilibrium in the quest to preserve the priceless on our behalf.

We had Republicans who fundamentally distrusted the siphoning-off, who wanted supply and demand to play a bigger part in the allocation of scarce resources. We had Democrats who didn’t mind the siphoning-off if it meant that the pro-cyclic forces of the market could be distorted just enough to make liberty, justice, and opportunity more graspable—less priceless but more graspable at least.

Right now, we have no way to tell what we are paying, what we are giving up, and what’s being siphoned-off. We are in a dangerous and unsustainable, populist economic moment. We have Democrats and Republicans who are complicitly devaluing liberty (verging on authoritarian cults of personality), undermining justice (politicizing courts and reconstituting founding documents), and ripping up opportunity (pitting winners against future-former winners). Populism in the Democratic and Republican parties has thrown off the equilibrium in our nation and we are suffering from a collective vertigo: hysteria, cynicism, and, irrationality.

In 2016, as America was already unsteady, Populism seemed the rational reaction: throw out the leaders who oversaw the current mess. The recent commingled political domination of progressive and nationalist populists has proven that liberty, justice, and opportunity are at constant risk; they are at risk now more than ever. Free markets and big government are not the ends, they are the means for the protection of liberty and justice and opportunity.

I’ll not equivocate: the deficits being promoted by populists on the Right and Left are not merely fiscal. We face moral, spiritual, civic, and cultural deficits; we can’t simply raise taxes to cover these deficits. We can’t regain our equilibrium from these as quickly. We can’t simply run up deficits to reimpose pricelessness into our devalued institutions.

I, for one, will support a leader who understands the rational trade offs between government and free market, who was not in Washington overseeing the current mess, and who’s personal dedication to liberty, justice, and opportunity are proven in their personal and public lives. I will support a former mayor (whose name begins with “B”) of a great American city who has the earnest audacity—or plain chutzpah—to stand up to populist demagoguery: who will fight for the priceless at any cost. 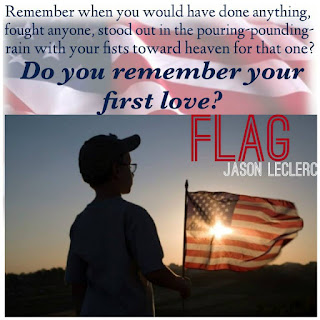