We celebrate their exceptionalities—their independence from their characteristics—because they are derived from their individualism: from their unique, American experiences. They move beyond their genes, beyond the systemic inequities in opportunity and shine a mirror back on America and our broader exceptionalism. Even as they are disrupters, they are heroes deeply woven into the fabric of our national pride.

Our evolution as a nation is not merely a series of mutations, but rather how we pass on our best experiences—individuals overcoming—from one American to the next.

Contrary to the basic tenet of identity politics, characteristics and experiences are not synonymous. The latter is derivative of the former. A genetic characteristic is not a qualification. When we reject  the blinders of identity politicking that would dilute American exceptionalism, the broader (non-woman, non-LGBT) electorate can see similarities—individual exceptionalities overlapping exceptional experiences—instead of superficial differences.

I would diminish her extraordinary record as a public servant to Tampa were I to call attention to Jane Castor’s gender or sexuality as drivers of her exceptionality. 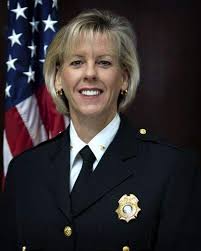 I may overstate her significance to the wider American culture, were I to place her in the pantheon of ultra-great Americans I describe above, but I would also diminish her extraordinary record as a public servant to Tampa were I to call attention to Jane Castor’s gender or sexuality as drivers of her special exceptionality.

Though not necessarily visionary on issues of global importance like climate change or Tampa’s potential leadership in multinational commerce, she has the administrative skills to sustain Tampa’s steady progress. Her thirty years of continuous service—an exceptional rise from beat cop to police chief—to Tampa attests to her commitment. She understands, as a parent and as a leader, that building stronger communities makes safer communities. During her tenure as police chief, major crime in Tampa dropped by more than sixty percent. She knows, from the street-level that if Tampa residents can grow businesses and work in the neighborhoods where they live, that they have a vested interest in that community’s success. She knows that infrastructure matters, as a practical  tool of supporting commerce, but also as a source of pride in our home and how we present ourselves to visitors from around the world.

In today’s political climate, the ability for a candidate to focus on the right message is, in itself, exceptional.

Local politics is local, and Jane Castor has resisted the temptation (adopted by some other local political opponents) to nationalize her campaign with unnecessary tropes about issues that are neither local nor appropriate to our needs.

To the same extent that female and LGBT aren’t qualifications, neither are white and male disqualifications. Mr. Straz’s experience and life story are, themselves, exceptional and he should be congratulated on those. As a successful businessman, well-intentioned diplomat, and prolific philanthropist, he has proven that his commitment to community is unquestionable.

In his conduct of this campaign he has also proven to be slightly out of touch with what Tampa needs right now. His attacks on Jane Castor fall flat upon the ears of those who have witnessed the steady and sustainable trajectory of the city; Castor has been a dependable leader through this period. Straz’s populist-pandering and policy flip-flopping hearken a cross between Donald Trump and Charlie Crist, a brand of non-ideological rhetoric that chases polls and political opportunism. Perhaps there is a place and a time where Mr. Straz’s trans-local, anti-establishment message will be appropriate. Now is not that time, and Tampa is not that place.